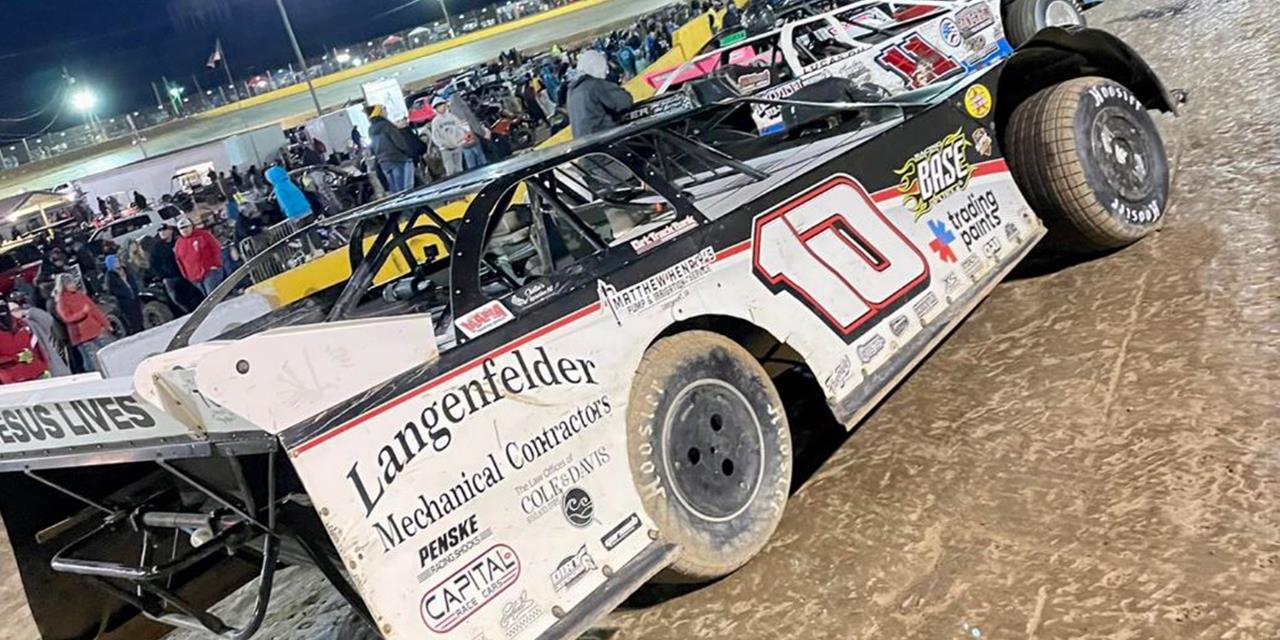 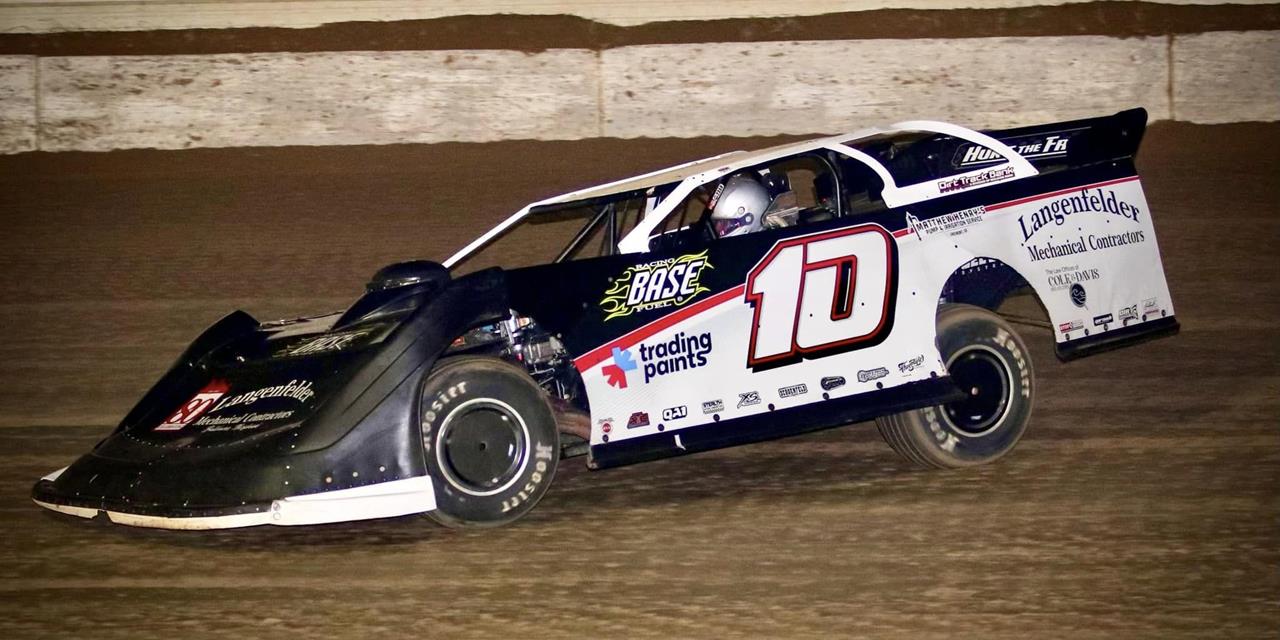 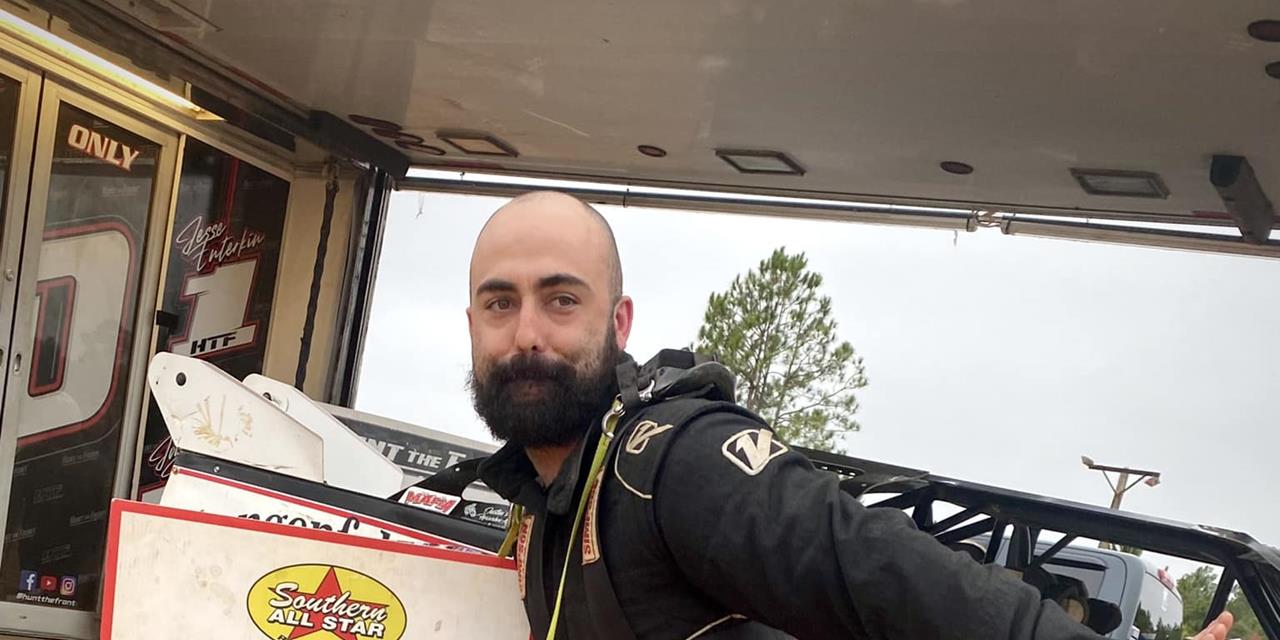 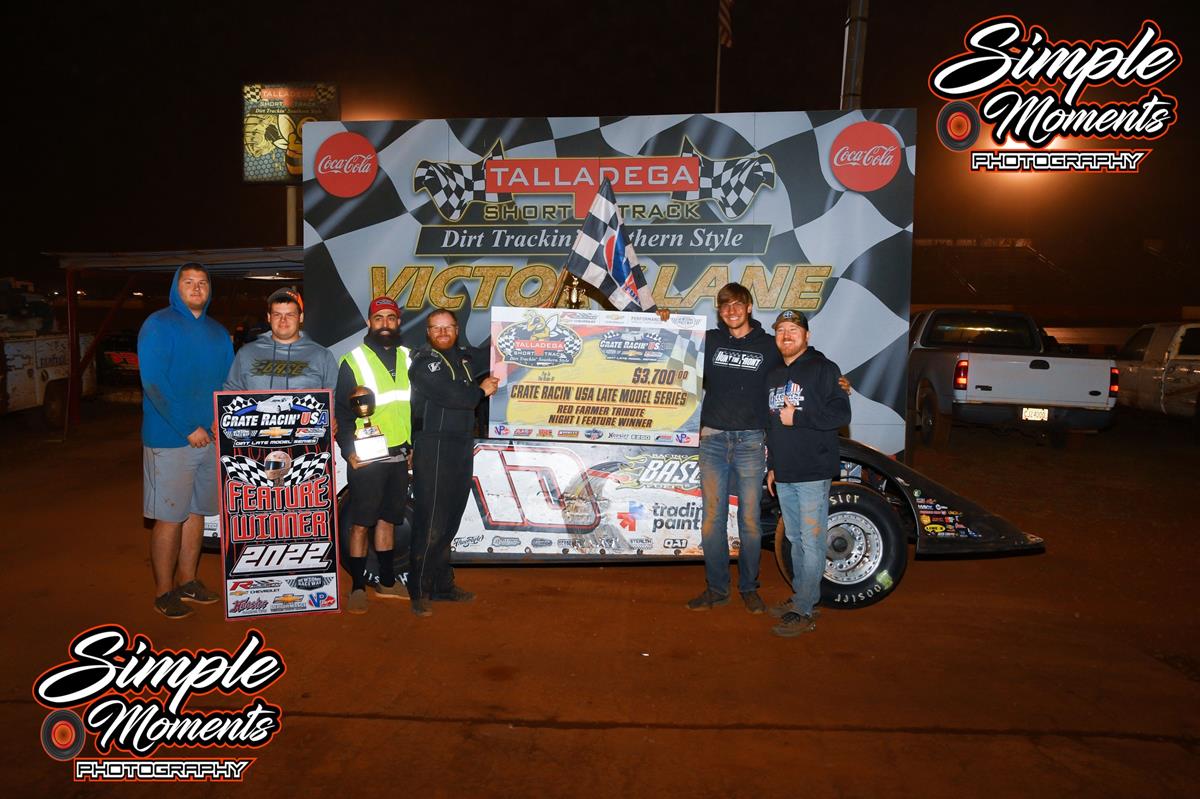 Joseph Joiner returned to his winning ways on Friday night aboard his Base Racing Fuel No. 10 Langenfelder Mechanical Contractors / Three Trade Consultants / Capital Race Car Crate Late Model during the opening round of the Red Farmer Tribute.

After picking up the $3,700 Crate Racin’ USA Late Model Series win on Friday, he added a fourth-place finish in Saturday night’s finale.

“It wasn’t a bad weekend at all for us against a stout field of racers. We did everything we needed to do to win on Friday night. On Saturday evening we were a tick off in qualifying and in a stacked qualifying group it cost us. We still managed to advance from seventh to fourth,” Joiner shared. “We’re going to take the next couple of weeks off to get ready for final stretch of the season. We’ve got some big races in front of us, and we’re focused on ending the year on a strong note.”

Joseph Joiner raced to his fifth win of the season on Friday night at Talladega Short Track (Eastaboga, Ala.). The victory was worth $3,700 in Crate Racin' USA Dirt Late Model Series action.

Forty-five entries took part in the opening round of the Red Farmer Tribute doubleheader, and via preliminary action Joseph locked into the second-starting spot for the 37-lap main event.

He jumped to the lead at the drop of the green flag and never looked back on his way to the triumph.

On Saturday night a $6,000 winner's check was on the line, and Joseph qualified fourth fastest in his time trial group to lock into the seventh-starting spot for the feature. He went on to notch a fourth-place finish behind Michael Page, Tyler Millwood, and Dillon Brown.

Meanwhile, Jesse was battling for a transfer spot in his B-Main, when he ran out of room between the car outside of him and an infield tire. Front-end damage ended his bid to make the show.

Full results from the weekend are available at www.CrateRacinUSA.com. 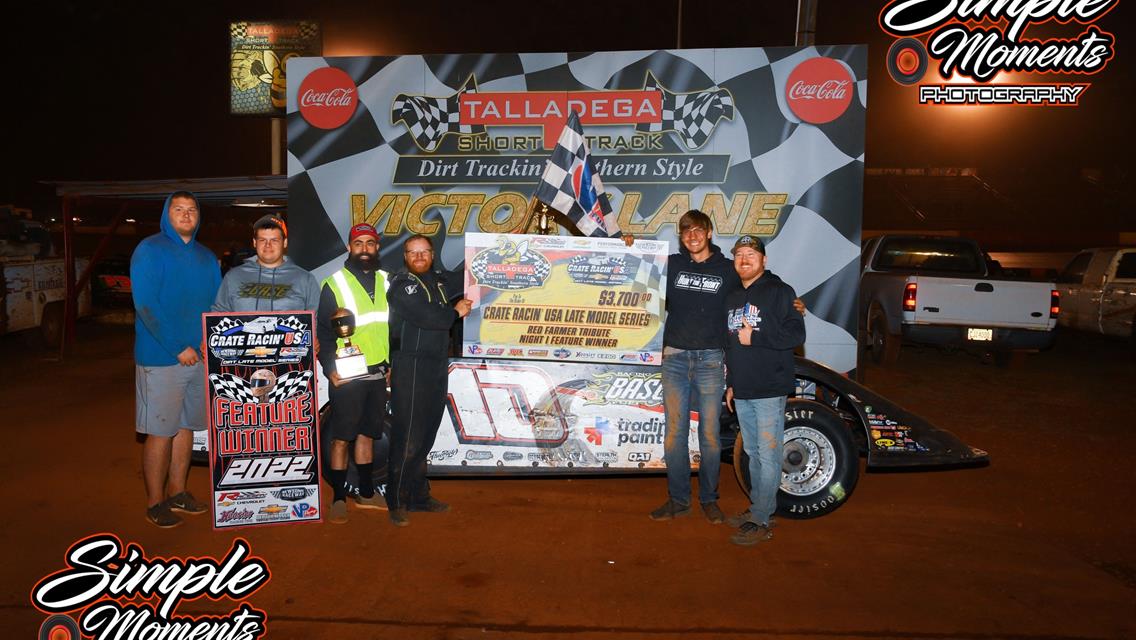 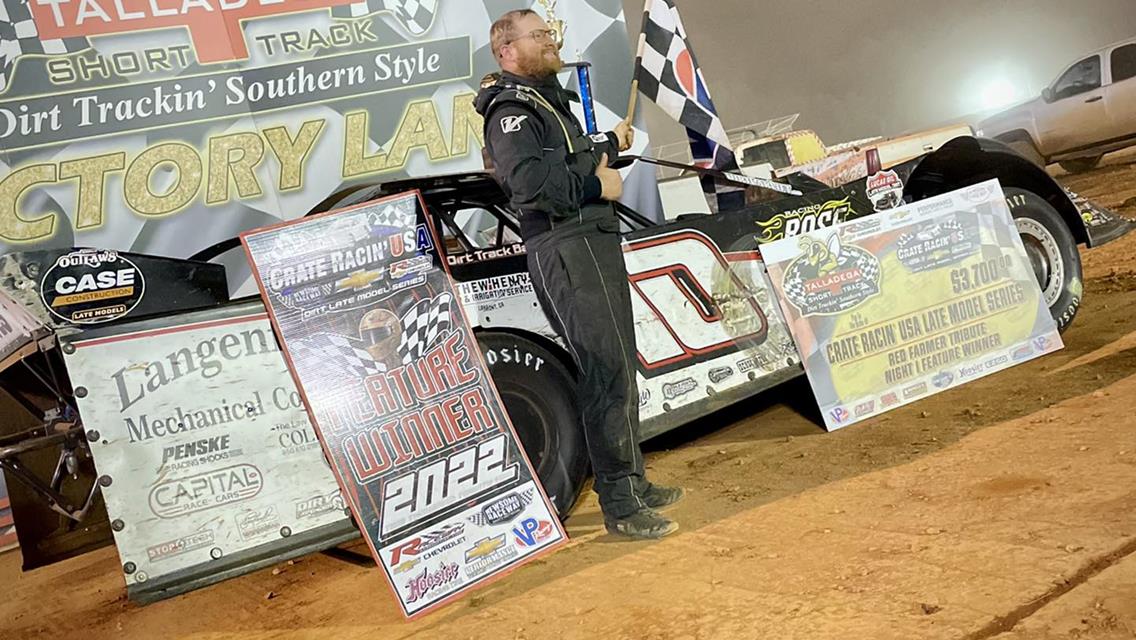